Further to club tournaments, within the framework of the 5th Ukrainian Championship among installers – Install Battle 2021 – the title of the winner of the club tournament among clubs, academies, private teams of installers and assemblers will be played out!

The Club Tournament – Install Battle is the main competition among all professional club teams of installers and assemblers! The winner will be determined by “Ukrainian Association of Installers” based on the results that representatives of their clubs showed at Install Battle 2021!

In the Club Tournament a team wins, which showed the best average time of all team members in relation to competitors!

Each team member participates in Install Battle 2020 – both in the individual and team competition!

All technical and organizational rules are similar to the general rules of Install Battle 2020!

Conditions for the team formation: Teams for the Club Tournament are formed exclusively from installers who have successfully passed the qualifying regional tournaments and participate in the individual competition – Install Battle 2021!

– all team members must pass the Installer Test (during Install Fest 2021),

– team members must be from the same city,

– they must belong to the same club of installers (optional for 2021),

– all team members must have their own symbols on clothing (optional for 2021),

– the team must have a captain chosen from among the participants (bearing organizational responsibilities),

– the captain must submit an application for registration in the tournament no later than 14.04.2021 by email: vlad@expo-group.biz

PDF - Download (Application for participation in the club championship)

The prize fund of the Club Tournament:

The winning team will get the Club Cup of Ukraine among the best installers 2021 + reward!

All participants in the winner’s club will also receive an Install Fest Ukraine 5.0 boilersuit.

The participants of the best team will receive the first Ukrainian edition of the book “Plumbing Guide” as a gift! 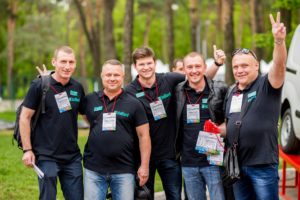 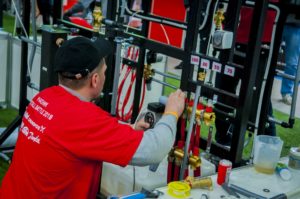 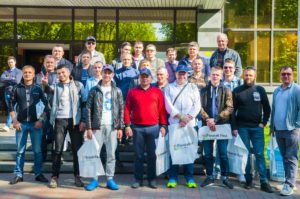